With the BMW M850i ​​Night Sky, the Munich extraterrestrial elements bring to the Geneva Motor Show 2019. The unique piece of the BMW Individual manufactory does not let it with exclusive materials from this world, but relies on extremely rare guests from the universe: To make the vehicle really unique make, comes in some places real meteorite rock used.

As our live photos from Geneva show, the individualization of the single piece goes far beyond the usual BMW Individual ranges. A special highlight are the brake discs with Widmanstätten structure, which are a unique eye-catcher. The calipers with integrated channels for cooling, which are made in the 3D printer, are also a technical feature that paves the way for future developments in this area – since they are 30 percent lighter than conventionally produced brake calipers with comparable properties. 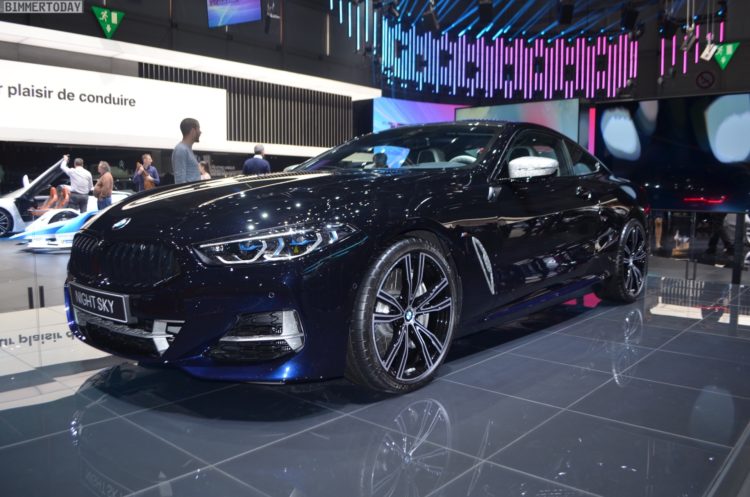 More than just a second glance deserves the paint, in which the black base color was combined with a second layer of paint in San Marino Blue. The strong blue is only in the lower part of the body to see in full splendor, a fading effect moves the black base color with increasing height increasingly in the foreground. Air intakes, exterior mirrors and other details bear the characteristic Widmanstätten structure, which in its natural form has hitherto only been known by extraterrestrial objects.

In the interior, the BMW M850i ​​Night Sky consistently continues the meteorite theme. The meteorite patterning on the headliner and decorative surfaces is combined with illuminated constellations on the center console and real meteorite material on the controls. The leather interior of the BMW Individual Manufaktur comes in an exclusive tricolor design, which recreates a Widmanstätten structure in the colors opal white, midnight blue and silver.