With its characteristically shaped kidney, which relies on smaller star-shaped elements instead of continuous struts, the new BMW M340i 2019 gets a unique optical feature. The kidney interior distinguishes him not only from the weaker motorized models with classic struts, but also from the upcoming BMW M3 with its double struts.

Compared to the usual design features of the M Performance models, which closely followed the look of the M Sport package and differed only by a few accents in Cerium Gray or Ferric Gray, the new kidney design represents a major step towards diversification With the new Shadow Line with extended sizes, customers now have the option to replace the colored accents with high-gloss black anyway – which is why a further clear distinction makes perfect sense. 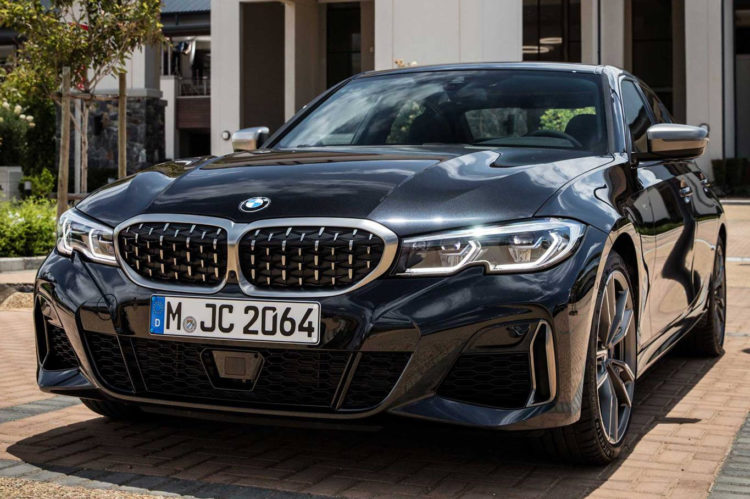 New photos from the longing M Town show the new kidney of the first BMW M340i on a vehicle with black paint. The design elements in Cerium Gray stand out particularly strong from the rest of the vehicle and emphasize the kidney, but also the air intakes in the outer areas of the front apron and the exterior mirrors in addition. The fact that the M340i is also an appearance in black, was seen at the Geneva Motor Show.

Exclusively, the new kidney design is likely to be limited in time, because the M340i will be joined by the first BMW M340d xDrive in just a few months. The top diesel is not quite as strong as the gasoline engine with 374 hp, he will offer with well over 300 hp and an even higher torque plateau but hardly worse performance and not only when refueling much enjoyment.

Also the xDrive vote will share M340i and M340d. How well the system works and how much we can enjoy it, we were allowed to experience a few months ago during the rides for our M340i driving report.